Top 4 career lessons I learnt from Buffy the Vampire Slayer

As a pop-culture phenomenon of the 90s and 00’s, Buffy the Vampire Slayer, captivated a diverse audience with storytelling devices that could be funny, heartbreaking, scary and over the top – all at the same time.

On a personal level, the show saw me through my high school years. During which, it was the only ‘teen’ show that showcased feminist ideals, while not taking itself too seriously. Now, as an adult working in the Employability space, the show is still as relevant as ever.

Buffy the Vampire Slayer tells a story of a high school girl with superhuman strength, navigating her way through the usual dramas of adolescence while being tasked with the role of saving the world from all sorts of evil.

The show is set in Sunnydale, a fictional town bearing the unfortunate geographical distinction of being positioned on a ‘Hellmouth’ (the centre of a mystical energy force). In response to this crisis, Buffy is recruited by a corporation called the ‘Watchers’ Council’ to conquer an army of vampires, witches, demons, goblins and ghouls that want to cause havoc every week.

Now that’s some epic responsibility for a student working a part-time gig, so of course there were myriad career lessons that I took away from my obsession with the show.

Embracing teamwork allows us to capitalise on a diverse range of skills and perspectives to solve complex problems – this is something we see play out on the show.

From the get-go, Buffy is constantly reminded that her role as a vampire slayer means she is ‘the chosen one’. Although under strict supervision of her ‘watcher’, Giles, who effectively acts as a manager, Buffy is expected to work solo. As Season 1 unfolds, Buffy forms a group of friends who become privy to her secret line of work. All equipped with talents ranging from skills in research, computer hacking and spell-casting, to comic-relief and combat. While these friends are never formally hired by the ‘Watchers Council’, it is evident that Buffy’s productivity rises, as she is able to save many more lives with their ongoing support.

2. Working with co-workers who have different personalities can be challenging

Although teamwork can be magic, sometimes it’s extremely challenging to work with different personalities. As we all have preferred ways to learn, communicate and execute tasks, at times we may find ourselves clashing with our colleagues.

Throughout the series, Buffy comes into contact with various other vampire slayers. Without spoiling too much for new viewers, this is actually a result of Buffy ‘dropping the ball’ with an important task at the end of the first season. We then see Buffy struggling to collaborate with newer slayers due to a clash in working styles and personalities. While Kendra is reserved and does not value work/life balance, Faith is disruptive, careless and at times lazy. Buffy is left to find harmony between the different approaches.

We know workplace romances are fairly common, considering how much time is spent alongside co-workers. This was definitely the case for Buffy who found herself in numerous workplace relationships over the years with Angel, Riley and then Spike.

There were times where Buffy’s romances broke-down, causing tensions on the job and instances where other team members or friends suffered greatly from the fall-out.

On other occasions, Buffy’s exes switched organisations and used sensitive information for career advancement. I don’t fault Buffy for pursuing these relationships, but that said, a little more discretion and professionalism might have minimised some of the drama and heartache.

4. Be an advocate for yourself at work

Like Buffy, I value workplace inclusion and diversity. Therefore on some occasions, it may be necessary to tactfully challenge the status quo, or remove ourselves from toxic workplace cultures.

On the show, the Watchers Council has some toxic patriarchal tendencies due to its lack of diversity in senior management. Throughout the ages, the board of directors, comprising of middle-aged English men, chose to recruit female slayers, coupled with male watchers to act as supervisors.

As Buffy grows and gains confidence in her abilities, she not only leaves but also challenges their leadership style on the way out. Being a motivated and diligent worker, Buffy continues to carry out her slaying duties as an independent entity.

These are only a handful of the wise, cautionary tales explored throughout the 7 seasons of the show. There are many more life and career lessons in Buffy the Vampire Slayer, so it’s definitely worth a viewing or two! If the 90’s version seems a bit dated, a reboot series is underway – keep a look out!

With over 6 years experience in HR, recruitment and training based roles, Prajyana is currently working as an Employability Coordinator with UTS Careers. She has developed skills in relationship building, career coaching and a special interest in graduate recruitment and enhancing employability for international students. She enjoys learning from others and working in environments that are dynamic and vibrant. 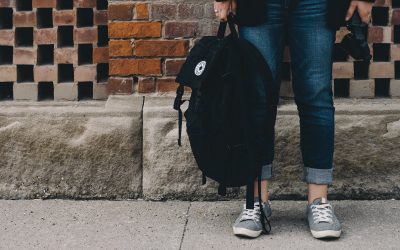 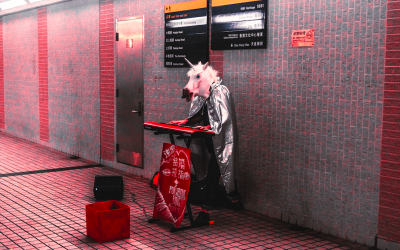